skip to main | skip to sidebar

THE VERY TALENTED AFRO JAZZ MUSICIAN,MISTA LIONEL LOUEKE PUTTING IN HIS OWN WAY BENIN ON THE MAP! So after Angelique Kidjo, Djimon Hounsou here's another great artist from Benin, I had heard of him but I never took the time to listen to this 34 years old married brotha. He was born in Benin and moved to Abidjan to study music at the time he was a struggling student , didn't have much mullah but was hungry for music, wanted to showcase his talent, I read this touching story of him getting up on stage in a club with no permission , people were trying to get him out of the stage but thanks to the owner who was intrigued he finished playing and u guess it by the end he got a contract..
But as any accomplished professional Lionel knew that he needed to pursue further studies to be a better musician, his first stop was @ in Paris wh ere he met his two faithful musical partners : Massimo Biolcati and Ferenc Nemeth... With these two great musicians thus started a musical journey that took them to Thelonious Monk Institute of Jazz ok hold up here.. this is where the story got interesting for me .. I didnt know such a program existed for already accomplished musicians to get a chance to perform with legendary artists such as Wayne Shorter and Terence Blanchard & Herbie Hancock yes the one and only Hancock.. get this the minute he heard our African brotha demo tape he was like "who's that?" He said that he never heard a guitar player play like this before.....

Since then , he's played with Hancok's quarter, aslo he's played on Angelique Kidjoe , Rhian Benson and Somi among so many other artists......
When I personally listened to part of his CD "Karibu", I was thinking wait a minute there's more to his guitar lines, mmm and I was right he also adds mouth percussion and singing...def ' an interesting brotha , oh and on that CD he has a song inspired by his wife called "Bennie's Tune"
Are u sold yet?:)

Email ThisBlogThis!Share to TwitterShare to FacebookShare to Pinterest
Libellés : AFRICAN WHO THINK OUT THE BOX/MUSIC, BENIN PLIZZ STAND UP

Yayemarie
....My Goal in Life is 2 live it the Best Way I can while being good 2 myself, my religion, my people, ...Isn't it why we are put on earth:)

If you have an interesting story , if you are a designer , a social activist,an actor, a business person , a model ect..of African roots and you wanna share your story or want other African peeps to know about you .. if you would like to feature your story here.

Please send me an email
fabulafricana@yahoo.com

It should be fun

OUT OF AFRICA BEAUTIFUL PERSPECTIVES ON AFRICA

WHICH AFRICAN COUNTRY ARE U REPPIN

Hey All,
Most of the pics that are here do not belong 2 me, I wish I could be at all places but I can't most of the time when I have the webbies of the artists ect..I'll post it...
But wanted 2 give credit to those people who take these pics all day , all night...kudos 2 y'all:)

RANDOM PICTURE OF THE DAY 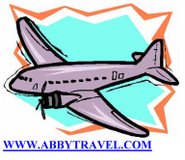